There’s no doubt the hottest homebuying season is spring – the weather’s warming up, people are finished with holiday obligations and they’re motivated to move in the summer.

Of course, being a part of the spring homebuyer bandwagon means you’re competing with multitudes of people who are ready and willing to raise an offer to beat out the competition for their dream home.

If you were behind the curve this spring, or you’re only now ready to start the homebuying process, you may be able to take advantage of the lighter market that’s classic in the second half of summer, when many buyers and sellers are more focused on family vacations than the housing market.

“It really comes down to less buyers means less interest and less competition on a specific home, and potentially less bids on a property,” says Jeremy Swillinger, a licensed real estate salesperson at Level Group Inc. in New York City.

While housing markets throughout the U.S. are struggling with inventory shortages and increasing prices, your decision of when during the year to begin searching for homes can help ease the short-term woes of increasing prices. You can benefit by checking out the market when many people are distracted by vacations and other obligations.

Realtor.com notes the national median list price in July was $275,000, a 10 percent increase compared to July 2016, but steady with June 2017 – meaning you don’t necessarily need to be concerned with the ever-jumping prices that buyers seem to have become accustomed to in the busier part of the season.

Whether you’ve been hesitant to begin the homebuying process or were simply not ready to purchase, late summer could be the perfect time for you jump into house hunting. For buyers ready to get moving, the timing is right to find an equally motivated seller, says Dana Bull, a real estate agent for Harborside Sotheby’s International Realty in Boston.

Here are five reasons to take advantage of late summer when buying a home.

More time than you may think. When it comes to housing market trends, defining seasons can be difficult. Location matters, too, as northern cities endure a longer winter than the likes of Los Angeles, Phoenix and Miami.

To define your area’s late-summer slowdown, consider the period that the most people are on vacation. In many cases, this spans from July 4 weekend to the first day of the public school year, which can be as early as the start of August or as late as after Labor Day.

For many major cities, however, the homebuying season actually sees a slowdown as early as the end of May. “While it is three months of the year, the real New York City summer is between Memorial Day and Labor Day,” Swillinger says of his local market. In a metro area where there are fewer transplants with a tendency to travel to visit friends and family, the larger vacation period may be more limited to July and August.

Once Labor Day passes, people with vacation homes are less likely to leave the city each week and will return from their house-hunting hiatus, or they’ll consider putting their home back on the market if they had taken it off for a few months.

Less competition. With competing buyers out enjoying the beach or mountains, you have the opportunity to hopefully wade through the available listings without having to worry about homes getting snatched up before you can even tour them. Realtor.com’s July numbers note an average of 64 days on market for homes, a small increase (6.67 percent) from June.

Bull says a buyer who’s able to avoid leaving town during late summer has the advantage over the less motivated house hunter: “If you’re able to kind of clear your schedule, you really have a leg up.”

Time to get a jump-start. Even for first-time homebuyers or those who are unsure of whether they want to make a purchase, the lighter-trafficked market makes for a good opportunity to test the waters of homes that are available without feeling overwhelmed.

Because sellers also leave town during the summer, you can expect fewer new listings each week. But that doesn’t mean you won’t have any houses or condos to tour – you may just need to play a bit of a waiting game.

While there are likely fewer homes on the market than earlier this year, that doesn’t mean there’s no inventory, Bull says, noting in Boston she’s “still seeing fresh inventory every week.”

If you haven’t found the house you want to buy at the end of the season, you can simply keep looking once things pick up in fall. While Bull stresses it’s possible to find the right home during the sparser months, she says that knowing the market and having a realistic view of what you can afford based on your budget can mean a lot.

“It really comes down to how picky people are,” Bull says.

Sellers are motivated. While there are fewer buyers and sellers actively on the market in July and August, you can expect them to be motivated to sell, which means they may be willing to negotiate more than the spring, when buyers offer increasing amounts of concessions.

“They’re selling because they need to, not because they want to,” Swillinger says. He notes that more than one client he's working with now is selling their home because of divorce, so the sellers have no desire to wait for the prime selling season.

Other sellers have had time to get realistic. For those sellers who aren’t listing their property due to a lifestyle change, you may also be able to benefit from recently lowered prices on homes that haven’t sold yet.

“When apartments are brought to market in early summer or late spring, many are overpriced because they feel the market’s strong, there are a lot of buyers out there,” Swillinger says. “And waiting until now, the late summer season, to purchase, it really gives those overpriced listings time to even out to fair prices.”

If you found yourself intimidated by spring's speed and prices, late summer can be the perfect time to see properties that have come down from unrealistic asking prices and are now in a more approachable price range. 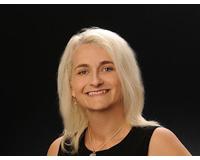